How to find the name of your computer

There are several ways to identify your computer's name. The list below gives some of the most common ways:

Finding your computer name on a Windows PC

Open the Control Panel, either via the start menu or search bar, then select 'System and Security', then click 'System'. You will be presented with the 'View basic information about your computer' page, and will be able to see your 'Full computer name' withing the 'Computer name, domain, and workgroup settings' section.

This will normally show the System dialogue box as below (Windows 10 image shown): 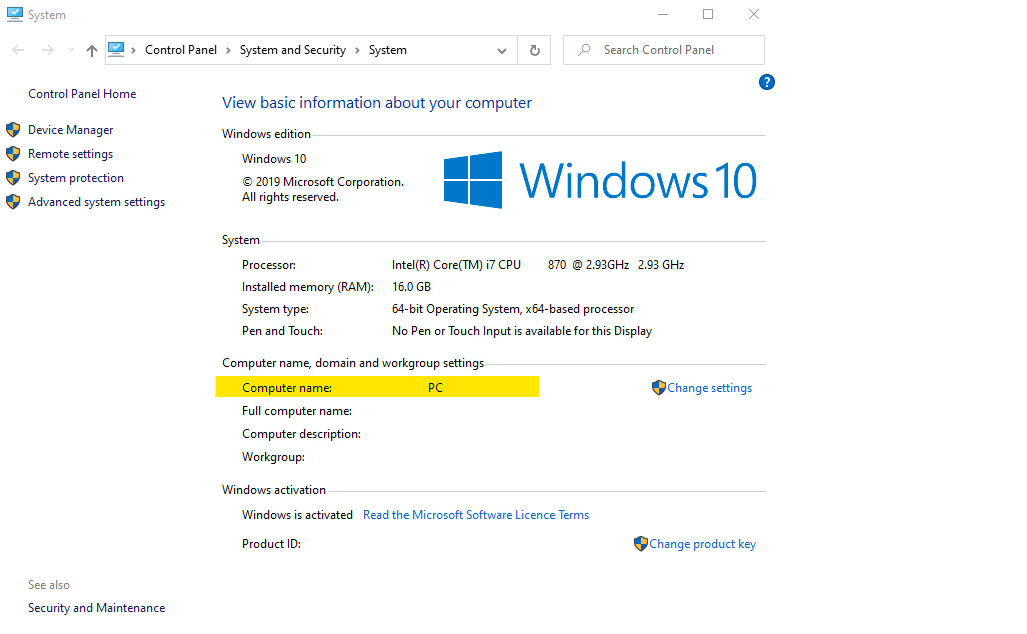 Finding your computer name on a Windows PC - Alternative process

On many university computers, IT have included a small application that gives details of your computer with just a few clicks.

By default Windows computers have a task-bar that runs along the bottom of the screen, and in the bottom right corner is a clock.

Located near the clock, in the task-bar, are a number of icons indicating the running services and applications.

A small grey and blue icon that resembles a monitor can often be seen. Placing the mouse over it will display the text 'BGInfo'.

If the icon is not present, it may be hidden. Clicking the up arrow it will show any hidden icons.

Once the BGInfo icon is clicked it will display details about your computer. In the example below the 'Host Name' is the computers name: IT-PC-032498 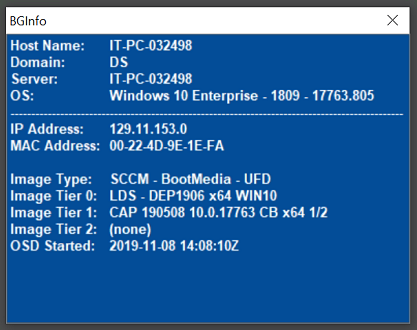 Finding your computer name on a Mac

The computer name appears at the top of the window.

Finding the Serial or Asset Number

If you are unable to obtain the name of the computer form any of the methods listed, IT can often identify the name of your computer from its serial number or from a physical asset label displayed on it. This is sometimes also referred to as a service tag. How to find these details varies depending upon the type of device and its make and model.

Dell Desktop computers typically display their serial number on the top of the computer and laptops display it on the underside.

The serial number is a 7 character alphanumeric code, referred to as the 'Service Tag'.

In these examples the service tag is 7NCKYQ2 and the asset label is 210333. 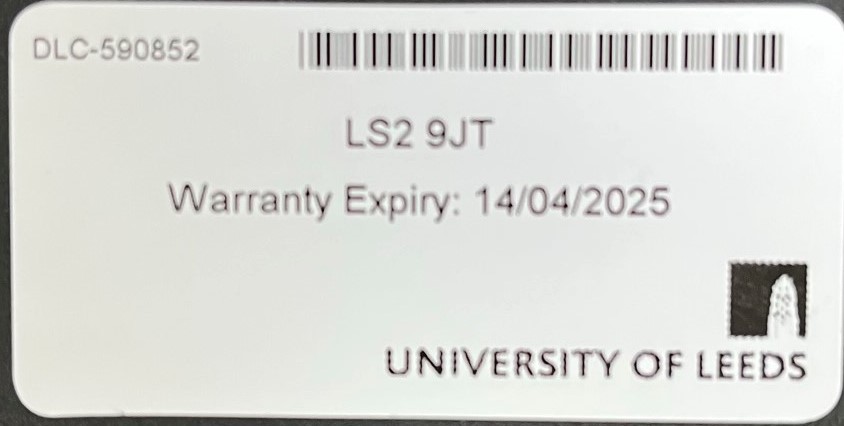 Some Dell Workstations and MacBooks have the type of asset label, seen in the example below.

It is typically located on the right hand side of the device when open and just below the arrow keys. 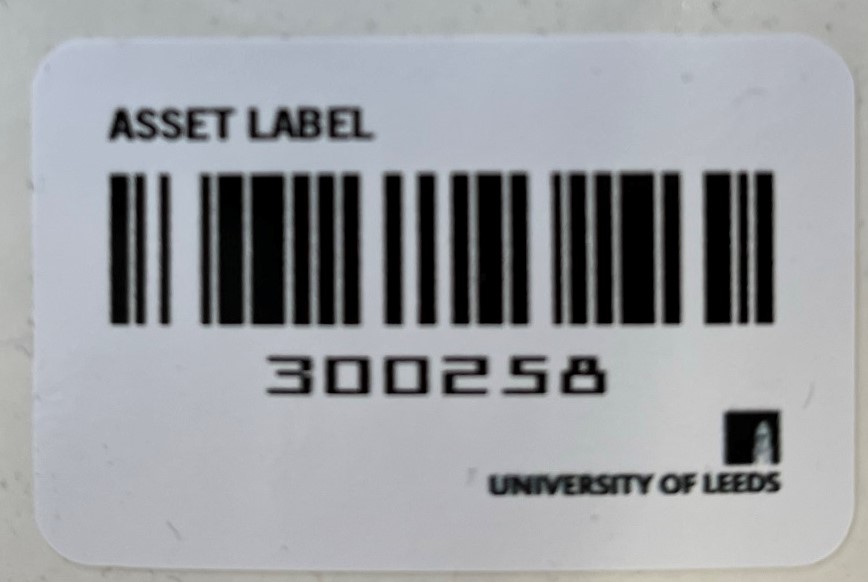 The serial numbers of most Lenovo laptops are hidden under the battery, therefore we don't recommend that you try obtain this.

Most laptops will have an asset code on the underside, however.

The example show has the asset code of GELC-502579

The serial number of HP laptops is often located on the userside, in the format of 10 alphanumeric characters.

On some models it may be hidden under the battery. We do not recommend that you remove the battery of your laptop to see the serial number.

An asset label is also typically found on the underside of HP laptops. It is in the format of DTPLC-00000.

An example is below: 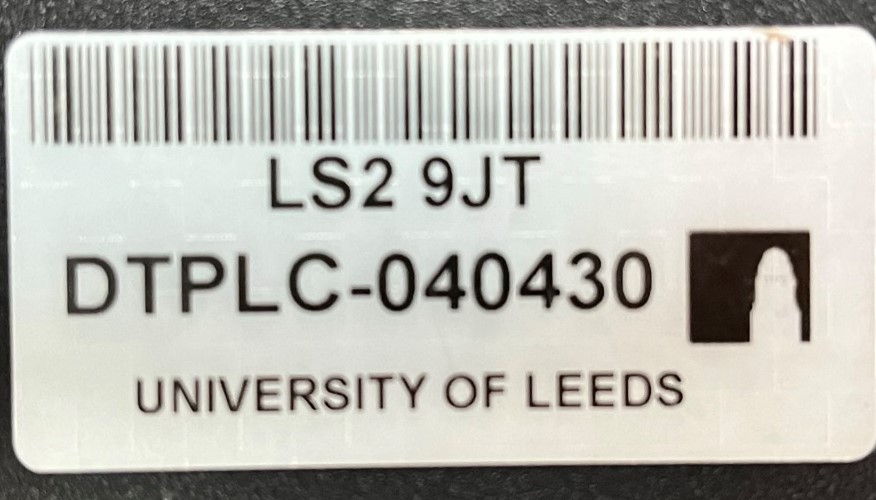 If you are still unable to find the computer name, serial number or asset number of your computer using any of the above methods, please 'Contact the IT Service Desk' for further assistance.